讲座题目：Strain Engineering of Materials in Low Dimensions: Application of the Generalized Bloch Theorem

讲座摘要：Often, low dimensional systems such as graphene are of superior structural flexibility and exhibit excellent
electromechanical response, i.e., the coupling of electronic properties with structural deformation. This indicates
that novel electronic properties can be obtained by strain manipulation on electronic states. The relevant studies
have led to an emergent area, i.e., strain engineering. However, theoretical research such as first-principles
calculation mainly focuses on homogeneous strain and the exploration of inhomogeneous strain is rare. Largely, this
is because that inhomogeneous strain destroys the translational symmetry of crystal, which the traditional
approaches of electronic energy band calculations rely on. We developed a new approach of energy band calculation
named as Generalized Bloch Theorem, coupled with self-consistent charge density-functional tight-binding. This
new approach can effectively deal with low dimensional materials under torsional or bending deformations.
In this talk, I will introduce the essential idea of the generalized Bloch theorem and illustrate application of it in low
dimensional materials with several examples, including strain induced half-metallicity in graphene nanoribbon, the
modulation of dopant distribution in silicon nanowires by twisting.

D.-B. Zhang obtained his PhD in 2010 and was a postdoc associate from 2011 to 2013 at the University of
Minnesota, USA. In 2014 he was awarded the “Thousand Youth Talents Plan” and joined the Beijing Computational
Science Research Center as an Assistant Professor. Since 2018, he joined Beijing Normal University as a Professor
in condensed matter physics. His research is essentially in the area of computational materials science, with focus on
thermal properties of materials under extreme conditions. He is also interested in the strain engineering of low
dimensional materials. He published more than 40 peer-reviewed papers in Physical Review Letters, National

Science Review, Physical Review B, and so on. 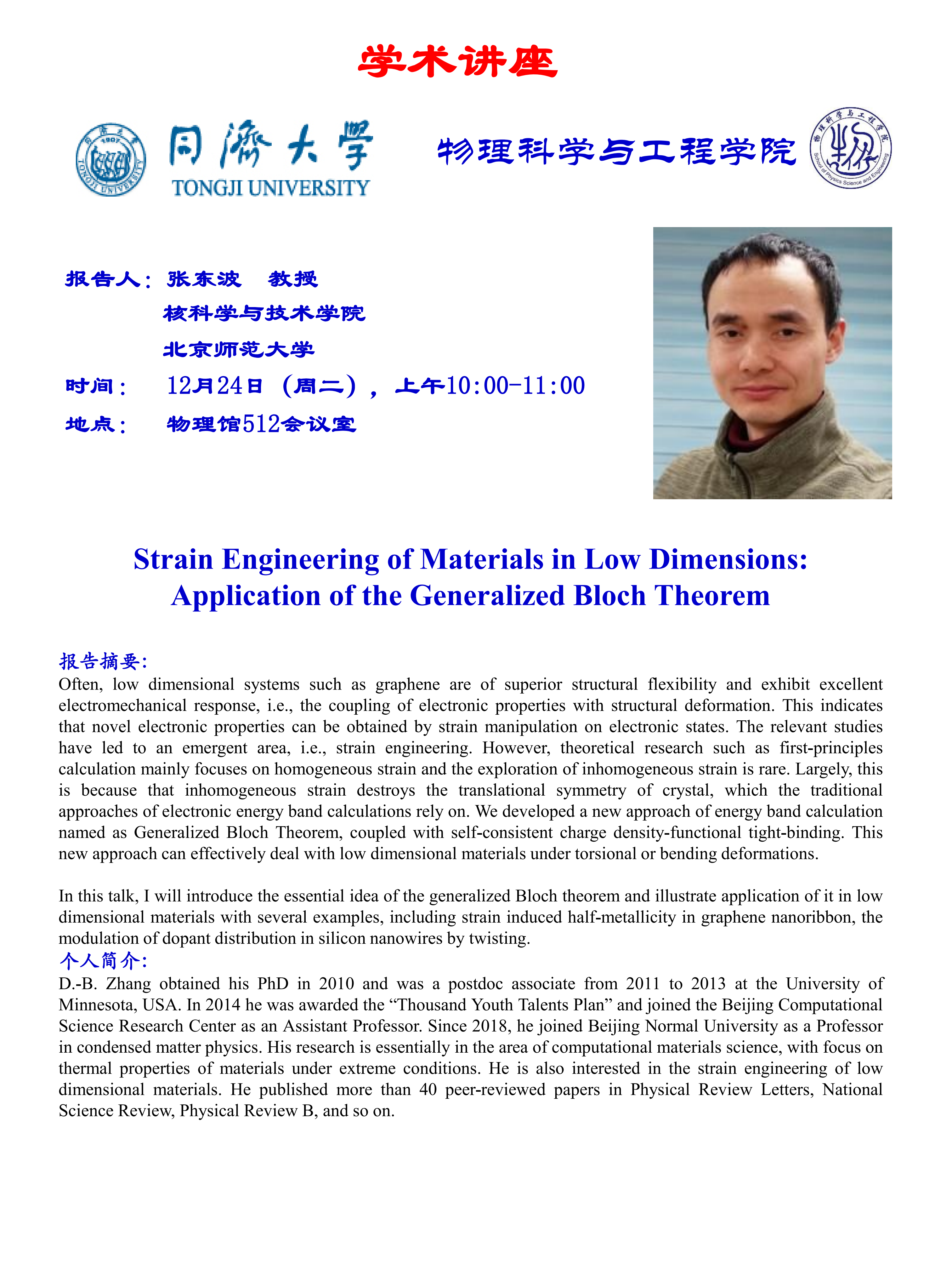