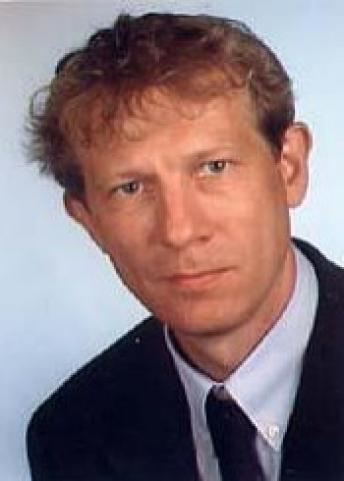 Abstract：
Driven by the recent success of using organic semiconductors as active materials for organic electronic applications detailed microscopic studies on structural and electronic properties of such soft materials have become a focus of scientific interest. Of particular interest are oligoacenes because of their ability to form crystalline phases which reveal remarkable high carrier mobilities and hence constitute well defined model systems. In view of the interrelation between intermolecular packing and electronic properties of such materials there is a fundamental interest in a precise control of the molecular packing and orientation in highly ordered thin films which is also of vital interest for an optimization of thin film devices such as organic field effect transistors (OFETs) where high charge carrier mobility is required. In this talk I will discuss growth phenomena and structural properties of various organic semiconductor films prepared by molecular beam deposition under vacuum conditions onto different substrates surfaces. By combining various spectroscopic and diffraction techniques with microscopy the evolution of their resulting structure can be traced as a function of film thickness. It is found that the resulting molecular orientation and film morphology depend critically on the roughness and chemical termination of the substrate whereas growth rate and substrate temperature mainly affect the grain size. Films that were grown on differently pre-structured substrate surfaces indicate that the film morphology can be controlled to some extend (template effect). Moreover, for many metal substrates a pronounced island growth occurs after completion of the first wetting layer or upon post deposition dewetting and result in non-contiguous films. Such dewetting phenomena can be effectively suppressed by first coating the substrate with self-assembled monolayers (SAMs). I will show that the concept of specific surface modifications can also be applied to the electrodes in bottom contact OFETs and causes largely improved device characteristics. Finally I will demonstrate that the growth of molecular films with controlled orientation on transparent substrates enables detailed optical and vibrational studies with transition dipole moments oriented along various molecular axes.

Biography：
Prof. Gregor Witte studied Physics at Georg-August Universität Göttingen since1983 and in 1996 he received his Ph.D. degree from Georg-August Universität and obtained Habilitation (Dr. rer. nat. habil.) in Physical Chemistry from Ruhr-Universität Bochum. He worked at the MPI for Strömungsforschung in Göttingen. as a research assistant during 1989-1990 and 1991-1995. And he joined IBM Almaden Research Center, San Jose and Lawrence Berkeley National Laboratory as a Postdoc in 1996. From year 1998 to year 2008, he worked at the Ruhr-Universität Bochum as an assistant professor in the department of physical chemistry I and Lecturer/docent, Department of Chemistry respectively. In 2008, He moved to Marburg and joined Philipps-Universität as a Professor (W3) for Experimental Physics.