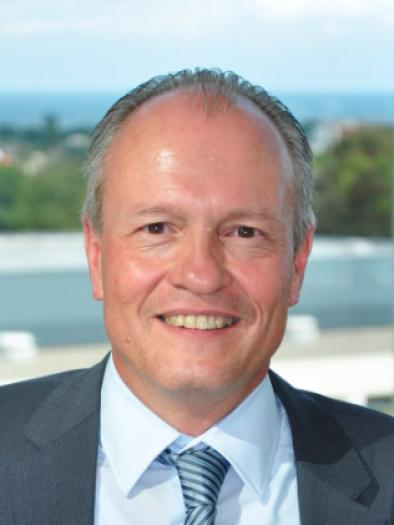 Similar to knots in a rope, the magnetization in a material can form par- ticularly robust configurations. Such topologically stable structures include domain walls, vortices and skyrmions which are not just attractive candidates for future data storage applications but are also of fundamental importance to current memory technology. For example, the creation of domain wall pairs of opposite chirality delimits the thermal stability of bits in present high anisotropy perpendicular recording media. The ever increasing demand for higher data storage density forces us to understand topological defects at ever decreasing length scales where thermal and quantum effects play an increasingly important role.

This talk will be adapted to the interests of the audience and will start with an overview over topological defects in magnetic systems. As a practical ap- plication it is shown how thermal domain wall nucleation affects the design of perpendicular magnetic recording media. In a second part, it is demonstrated how the geometric Berry’s phase allows micromagnetics to be extended to include quantum effects. As an important consequence it will be shown how the chirality of a classical domain wall translates into quantum spin currents which in turn can be used for infor- mation transport. All concepts will be illustrated by state of the art experiments, which encompass the techniques of polarized neutrons and synchrotron x-rays. The final part of the talk will discuss how magnetic monopoles emerge as topological defects in densely packed arrays of nanoislands which effectively interact as dipoles, a system also known as ‘artificial spin ice’. In contrast to conventional thin films, where magnetization reversal occurs via nucleation and extensive domain growth, magnetization reversal in 2D artificial spin ice is restricted to an avalanche-type formation of 1D strings. These objects constitute classical versions of Dirac strings that feed magnetic flux into the emergent magnetic monopoles. It is demonstrated how the motion of these magnetic charges can be individually controlled experimentally and used to perform simple logic operations.

Hans-Benjamin Braun is currently Associate Professor for Theoretical Physics at University College Dublin (Ireland). After studies in Physics and Mathematics he received his diploma degree from the Unversity of Basel (Switzerland) and in 1991 he earned his PhD in Theoretical Physics at ETH in Zurich. After postdoctoral research at the Physics Department and the Center for Magnetic Recording Research at the University of California at San Diego he was awarded a NSERC International Fellowship to work at Simon Fraser University in Vancouver (Canada). Subsequently he returned to Switzerland to take up a position as Senior Scientist at the Paul Scherrer Institute (PSI). He joined the Faculty of the School of Physics at University College Dublin (UCD) in 2004, where he founded and leads the group in Condensed Matter Theory supported by the Science Foundation of Ireland. Prof. Braun developed the theory for nonuniform thermally activated magnetization reversal in nanowires which now forms the basis for the design of perpendicular magnetic recording media. Well before it was recognized experimentally, he theoretically predicted quasi one-dimensional behavior in magnetic nanowires and he introduced the now widely used notion of domain wall chirality. His work led to the prediction of the spontaneous emergence of spin currents in quantum spin chains, an effect that he and his collaborators subsequently observed via spin polarized neutron scattering. Furthermore he proposed and interpreted a series of experiments on nanolithographic arrays that led to the discovery of emergent monopoles in artificial spin ice together with colleagues from PSI and UCD. In addition to numerous publications in top research journals he also authored popular articles for the French and German versions of Scientific American and he holds two patents.