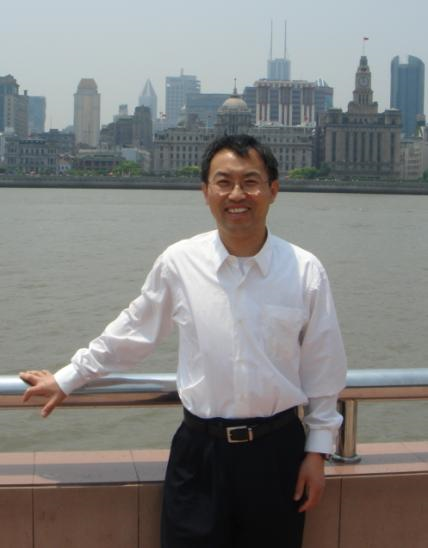 He received a bachelor’s degree in Vacuum & Surface Surfaces from the Fudan University in Shanghai in 1982. After 2 years’ experience as a coating engineer in Huadong Electronics Factory in Nanjing, he resumed his academic career and received a Ph.D. in Semiconductor Materials and Device Physics from Shanghai Institute of Technical Physics of Chinese Academy of Sciences in 1989. He was the DAAD (German Academic Exchange Service) and Volkswagen research fellows at the Physics Institute of Wuerzburg University, Germany. In 1994, he became a full Professor of Physics and Material Sciences at the Tongji University in Shanghai and in 1999 Dean of the Physics Department and Director of the Pohl Institute of Solid State Physics at Tongji. Jue joined Corning in 2000 as a Senior Scientist of Optical Coatings. He authors and co-authors over 100 peer-reviewed journal publications. He serves as a referee for journals of Optics Letters, Optics Express, Applied Optics, Thin Solid Films, J. Vac. Sci. & Technol., and on the editorial board of High Power Laser and Particle Beams.